The bests places to visit in Brazil in 2022 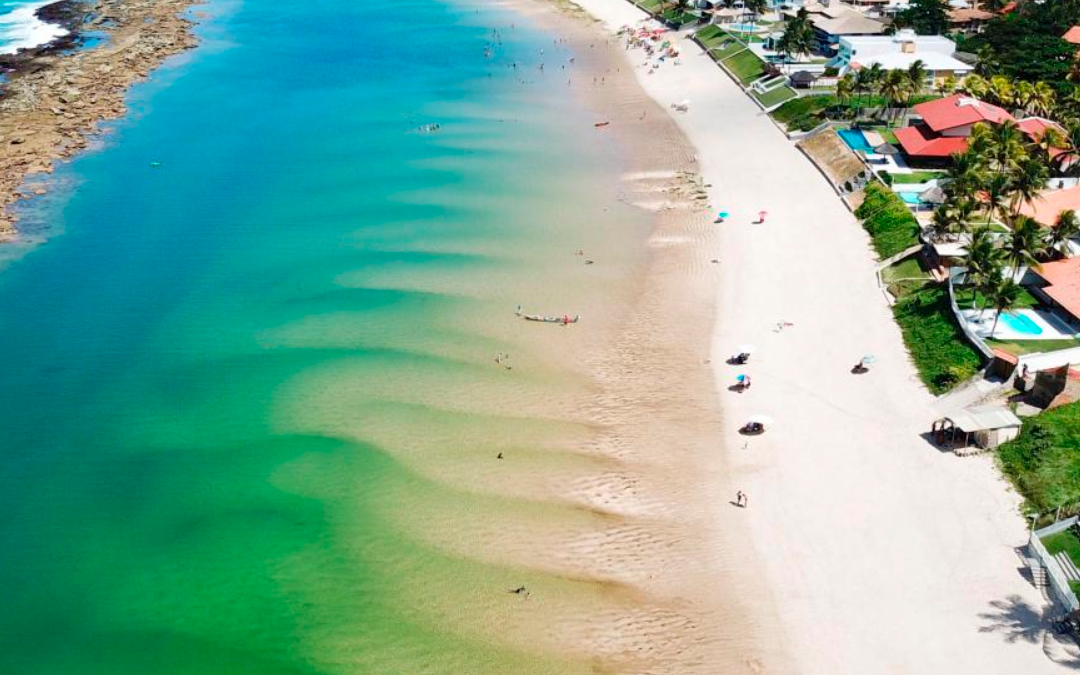 Thinking about taking a trip to Brazil in 2022, but doesn’t know where to start? GT DMC can help you – and take you there! We’ve listed some of the most wonderful places in Brazil’s massive territory to help you choose a destination! Exploring Brazil should be a must for any traveler. There, you can enjoy paradisiacal beaches, big cities, one of the richest cultural heritage in South America, warm and friendly people, and this is just the beginning! The country is home to a wide and diversified range of touristic attractions, so it ends up pleasing all types of audiences. See some must go destinations in Brazil and pack your bags!

Enormous places to visit in Brazil

Brazil is the world’s fifth largest country by both population (approximately 210 million) and geographical area (3,287,597 square miles). It borders every other South American nation, barring Ecuador and Chile, and makes up 47 per cent of the continent. Brazil is not only enormous, but it also boasts about two-thirds of the Amazon Rainforest. Although this is a fact about Brazil to be proud of, the government is doing little to nothing to preserve it.

Amazon, on the other hand, is the largest rainforest, and the place still has the world’s largest river in volume. It is such a wild place that, according to a 2007 report, there are at least 70 uncontacted tribes scattered through the forest. While Amazon is a unique place on earth, the world’s largest swamp is also in Brazil. The Pantanal is an “up and coming” tourist destination in the last five years.

Brazil has also 22 Unesco World Heritage Sites. Among these 22, 14 are cultural, one is mixed (Paraty) and seven are natural. The best known is the Iguacu National Park, home to one of the world’s largest and most impressive waterfalls at 1.7 miles wide and with a total of 275 drops. It is also occupied by several rare and endangered species, among them the giant otter and the giant anteater. Among the newest are the Pampulha Modern Ensemble, a garden city project by Oscar Niemeyer, added by Unesco in 2016, and the Valongo Wharf Archaeological Site, inscribed in 2017.

Historical and Cultural Heritage of Humanity by UNESCO since 1982, Olinda is much more than a Carnival destination or a day trip from Recife. On revelry days, the slopes of the city attract 2 million people, who enjoy themselves between giant puppets and blocks of frevo, maracatu and other regional rhythms. But throughout the year the magic remains, with a magnificent set of baroque churches and charming colonial houses that today house cafes, restaurants and workshops. At Alto da Sé, the rise and fall is crowned by the postcard image, with the church and the sea in the background.

The colorful colonial mansions in Tiradentes, Minas Gerais, strike visitors who arrive in this beautiful region. Located by the foot of the Serra de São José, the historical city preserves the architecture of the 18th century in its buildings, churches and bucolic settings that makes it one of the most charming destinations in Minas Gerais. It’s easy to fall in love with the calm and elegance of the city of Tiradentes, especially after experiencing one of the best attractions in the region: the gastronomy! Tiradentes goes beyond the facet of historical tourism and every day attracts more visitors in search of an excellent culinary repertoire. Exquisite, delicate and charming, the city of Tiradentes has everything to conquer you!

In Tiradentes, the best thing to do is enjoy the city little by little, in delicious walks through the cobbled streets, always in search of a beautiful scenery. From time to time, a feature will draw your attention, such as the Igreja Matriz de Santo Antônio, the Casa Padre Toledo Museum, the Nossa Senhora do Rosário Church and the Sant’Ana Museum, formerly the local prison. Choose comfortable shoes to walk between the stone slopes or take a classic carriage ride. In Tiradentes, the watchword is never to be in a hurry.

As the access to Caraiva is a little more difficult than in other places in Bahia, the small destination remain a bucolic and well-preserved area. Walking barefoot on the sand and enjoying peaceful days by the sea, with no rush for anything, is the greatest luxury for those who visit this Bahian village. Caraiva is not for people looking for fancy features, but it is certainly for those looking for one of the best destinations in Bahia to be happy and have an unforgettable experience. Considered one of the most beautiful beaches in Bahia, Caraiva can serve as support to get to know other beaches like Praia do Camarão and Praia do Satu, in addition to making trips to the idyllic Praia do Espelho and Ponta do Corumbau.

Visiting Manaus is discovering an amazing part of the rich Brazilian history unknown by many. Culturally rich and with an impressive nature, Manaus can be the starting line to discover the beauties of the Amazon rainforest, discover new flavors and the plurality of this beatiful country. When visiting the city, you cannot miss a walk to admire the meeting of the waters of the Rio Negro and Solimões or a visit to the Teatro Amazonas, a symbol of local culture.

Within the municipality of Angra dos Reis, in Rio de Janeiro, Ilha Grande has paradisiacal and crystalline beaches that connect to the Atlantic Forest in an indescribable way. Taking a boat ride, enjoying a dip in the sea and facing the difficult task of deciding which beach to visit enriches the trip. It is a great destination to enjoy intimate contact with nature and some of the most beautiful beaches in Southeast Brazil. Paraty and Ilha Grande received the first mixed site title of the Unesco World Heritage Sites, as cultural and natural heritage of Brazil.

Capital of Santa Catarina state, Florianopolis is a beautiful destination that mixes nature and urban landscapes. The city has beaches for all tastes and desires, whether you are a surfer or passionate about deserted beaches. With lakes, dunes, several trails, neighborhoods full of history and local gastronomy with delicacies such as fish and oysters, Floripa, as its called by Brazilians, is a destination to please people of all ages! Go in the summer to enjoy the city’s beaches, which are very lively at this time. Write it down on the list to visit Jurerê Internacional, famous for its night clubs, the extensive Praia dos Ingleses, Praia Brava, which has strong waves, as well as Praia Mole and Praia da Joaquina.