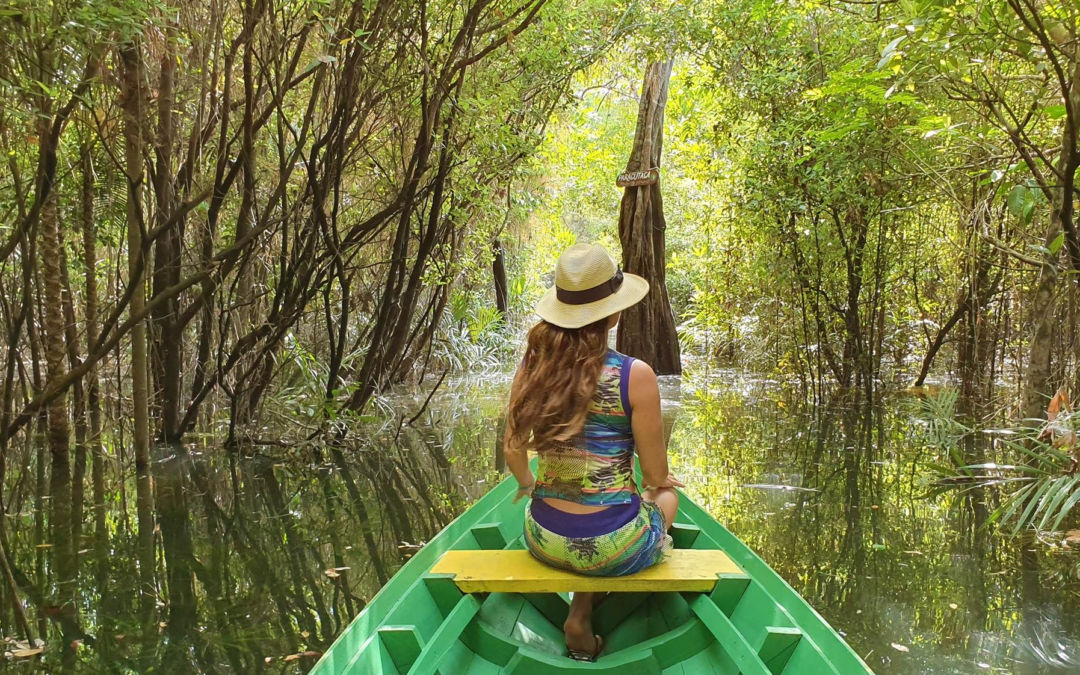 What is incentive travel?

Balancing the search for satisfactory results and team motivation is not an easy task, but an incentive travel program can help. One of the great challenges within companies and organizations around the world is to maintain a good performance in operations, especially when it comes to sales. With part of the processes directly linked to people – whether an employee, supplier, or partner -, motivation becomes a key factor for achieving good results. That’s where incentive travel programs come in.

Incentive Travel is a way of valuing and rewarding employees. Regardless of the segment, companies can adopt goals and set deadlines for their fulfillment, offering a trip as a reward. To some, the gratification may seem unusual or even exorbitant, but the results are worth it. However, for campaigns to reflect positively on the company’s performance, those rewards must become the object of desire of employees and stakeholders, motivating them to ever achieve the best results.

The Incentive Research Foundation, an American foundation that finances research and develops products for the global incentive industry, found, in a study applied in 2018, with more than 80 countries, that the practice of offering experiences (such as a trip, for example) as a bonus, instead of money, can triple the revenue, when compared to those that do not practice.

So, the study confirms that the idea is not just a benefit, but an investment, a two-way street, which allows not only to retain and recognize the employee, but also to bring a financial return to the company, directly and indirectly, both in short and long terms.

Why choose GT DMC for an Incentive Travel?

We are a 360 boutique agency that operates in several areas, being full service. Our service is human and close, we treat our customers as unique and are willing to always seek the best project for each one. We wear the shirt of the client so that he can feel comfortable, safe and relaxed, with the certainty that he will be well attended.

A 100% Brazilian company, we are passionate about our country and want to show the best it can offer. Brazil is a country of great territorial dimension, it has a vast cultural diversity and only a specialist can bring what is most precious in every corner of it. We value local culture, respect local residents and suppliers. We seek to value the riverside culture, the communities and especially those who work to make Brazil a plural country in every way.

GT DMC has extensive experience of designing and operating specialist leisure groups in Brazil. Whatever be your aim in our country, we are masters at interweaving Brazilian stunning sceneries with cultural immersion into its history, people, traditions and beliefs, using activities to add adventure and to get up close and personal with these unique and diverse destinations. Learn more about them and find which one may suit you best.

Brazil occupies almost half of South America and is the country with the greatest biodiversity in the world. There are more than 116,000 animal species and more than 46,000 plant species known in the country, spread across six terrestrial biomes and three major marine ecosystems. Its different climatic zones in Brazil favor the formation of biomes (biogeographic zones), such as the Amazon Forest, the largest humid tropical forest in the world; the Pantanal, the largest floodplain; the Cerrado, with its savannas and forests; the Caatinga, composed of semi-arid forests; the fields of the Pampas; and the rainforest of the Atlantic Forest. In addition, Brazil has a marine coast of 3.5 million km², which includes ecosystems such as coral reefs, dunes, mangroves, lagoons, estuaries and swamps.

This abundant variety of life is home to more than 20% of the world’s total species found on land and water. The rich Brazilian biodiversity is a huge source of resources for the country and promotes international recognition. Brazil was the destination chosen by around 19 million foreigners in the last three years, says the Brazilian Ministry of Tourism and, according to the data, 18.6% of these tourists left their homes in search of paradisiacal scenarios, with unique views that only the country with one of the greatest biodiversity in the world can offer.

If you like to travel and push your own limits, you’ve probably already practiced adventure tourism. This modality has gained more and more strength among travelers, especially those who care about nature, since this type of activity has the environment as its main bias. Many people associate this concept with something dangerous or with very extreme activities, but practicing adventure tourism is like playing sports, usually in nature, but just for fun.

The main objective of adventure tourism is to take the traveler out of the comfort zone and promote natural, cultural and physical experiences. It’s a great chance to test your limits and enjoy some time in nature, and Brazil has no shortage of options. From the Amazon to the Pantanal, from Chapada dos Veadeiros to the Iguazu Falls, it is possible to experience unforgettable adventures in exuberant settings, with breathtaking views.

Brazil fascinates for its miscegenation of indigenous, European, Asian and African roots, and its many facets reflected in the national culture. Cuisine, music, crafts, architecture, artistic productions and popular festivals go beyond the borders of the national territory. The country has 17 cultural and natural properties listed as UNESCO World Heritage Sites and one of the wonders of the contemporary world, Christ the Redeemer.

The large number of ethnicities generates a social environment in which the people absorb pluralism, respect for differences and the exchange of experiences. Such peaceful coexistence results in versatile and original cultural manifestations. Diversity also sets the tone in the rich architectural collection, from colonial baroque to the modernism of the federal capital, Brasilia.

Where there is cultural diversity, there is bound to be culinary diversity.

The Brazilian people celebrate food and, like many cultures around the planet, present it as a form of cultural expression, a celebration of our roots and a way to keep them alive. In addition to the local cuisine, in Brazil there are several restaurants that are part of the Michelin Guide, as well as regions that produce world-renowned wines. In fun gastronomic tours, it is possible to taste some of the “darlings of Brazil”, such as brigadeiro, cachaça, national beer and cheese bread.

The Brazilian coast is considered one of the most beautiful in the world, with paradisiacal beaches that suits all types of travel proposals. More popular, in the wilderness, with more or less infrastructure, with a lot or no movement at all, with calm waters or ideal for surfing and diving, there are plenty of options to enjoy unforgettable moments with your feet in the sand. The Brazilian coastline is divided according to the macro-regions of the country that have states on the coast: North Coast, Northeast Coast, Southeast Coast and South Coast. Only the Midwest region has no coastline.

Knowing another city or country in the company of friends and family, or even alone is almost always a wonderful experience. But, without a doubt, a romantic trip presents something more, something special. Trips for couples are unique moments and to make them unforgettable, you just have to choose the right destination.

Resorts and SPAs are the perfect choice as a destination for honeymoon trips, to celebrate special dates or just to change the routine. In addition to the privileged location, the most romantic resorts and SPAs in Brazil offer services designed for couples, and exclusive locations on magnificent beaches or mountains can make yours a trip to remember forever.