The best places to enjoy sports, nature and culture in South America 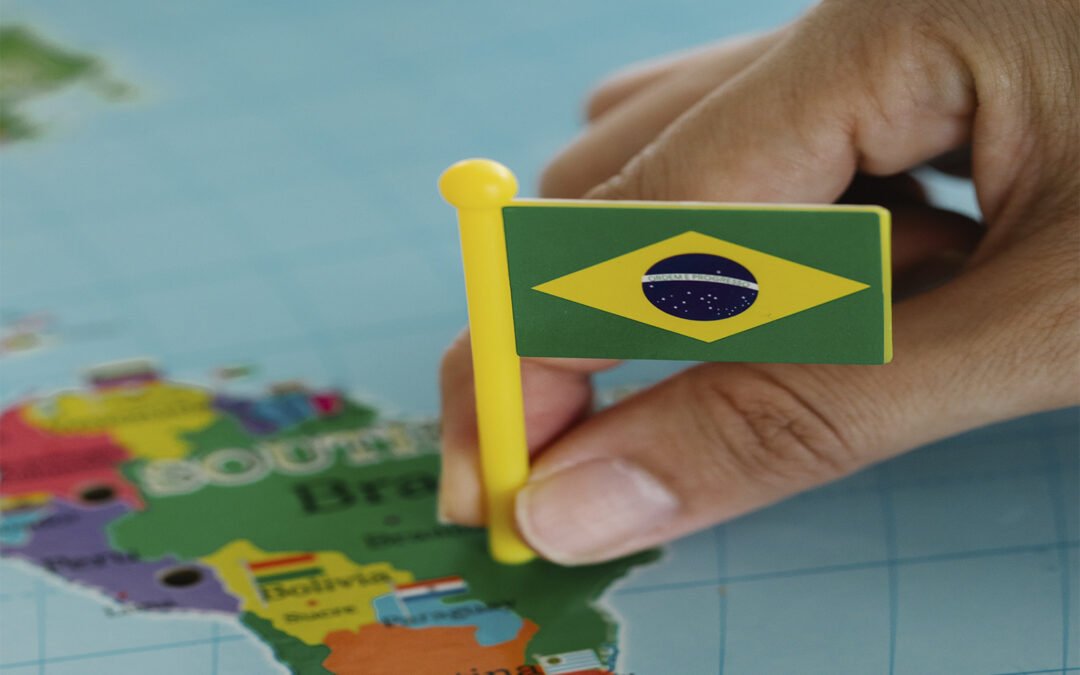 High peaks, the Amazonian rainforest, the Pantanal huge biodiversity white-sand beaches and vertiginous cultural life: the wonders of South America set the stage for incredible adventures, there is a lot to see and experience everywhere you go.

Brazil adds up to the mixture with its vibrant people, scenic landscapes and diversified set of traditions, originated by a multitude of cultural influences. Unique in every feature, Brazil is surely one of the most incredible travel experiences in the world, but so huge in its continental size that travelers tend to come back several times through the years. We have listed some highlights for your next corporate trip plan, based on NATURE, SPORT and CULTURAL features. Let’s go!

The Pantanal is the world’s largest wetland, pooling over 81,000 square miles (210,000 square kilometers) in the center of South America, mostly in central-western Brazil and straddling the borders of Paraguay and Bolivia. Often overshadowed by the Amazon to the north, the Pantanal quietly harbors the highest concentration of wildlife in South America. The Pantanal is part a national park and part a UNESCO World Heritage site, considered a critical region of the world by the World Wildlife Fund.

The Pantanal plays host to one of the world’s most diverse avian communities. Northern Pantanal is particularly special in that it is home to some species of Amazon birds such as the Sunbittern, which cannot be found further south. It is also one of the best places in the world to see parrots in the wild, including the endangered Hyacinth macaw. Also herons, ibis, storks and pink spoonbills can be seen in enormous flocks during the dry season. The magnificent Jabiru stork, with its distinguished red and black cap, is the biggest of its kind in the Americas and is often referred to as the symbol of the Pantanal.

With stunning natural beauty, Foz do Iguaçu impresses tourists from all over the world. In addition to the incredible Iguaçu Falls, the city has several other attractions that will certainly make travelers fall in love with it. The city, located in the extreme west of Paraná State, is one of Icons of Brazilian tourism thanks to the 275 majestic waterfalls that make up Iguaçu Falls. Situated in Iguaçu National Park, on the border between Brazil and Argentina, the Falls attract millions of visitors from all over the world.

Having earned a place on the UNESCO World Natural Heritage List, the Park’s amazing waterfalls were also voted one of the World’s New 7 Wonders of Nature. The park is also home to several endangered plant and animal species, such as the Jaguar and the Paraná Pine Tree (Araucária). Visitors to the area are able to see the 90-meter-tall Garganta do Diabo (Devil’s Throat), the tallest waterfall in the ensemble, really up close.

The Amazon Rainforest is a moist broadleaf forest in the Amazon Basin of South America. The area, also known as Amazonia or the Amazon Basin, encompasses seven million square kilometers, though the forest itself occupies some 5.5 million square kilometers, located within nine nations: Brazil (with 60% of the rainforest), Colombia, Peru, Venezuela, Ecuador, Bolivia, Guyana, Suriname, and French Guiana. The Amazon represents over half of the planet’s remaining rainforests and comprises the largest and most species-rich tract of tropical rainforest in the world.

In Amazon region there is one of the biggest rivers in the world: the Amazon River. It is world’s largest river in terms of discharge and the second longest river in the world after the Nile, and made up of over 1,100 tributaries, 17 of which are longer than 1000 miles, and two of which (the Negro and the Madeira) are larger, in terms of volume, than the Congo river. The river system is the lifeline of the forest and its history plays an important part in the development of its rainforests. The Amazon river itself is one of the biggest reasons to visit de Amazon rainforest.

The capital of the Brazilian State of Bahia, Salvador is the picture-perfect city in South America, with a tropical coastline that wraps from the Baia de Todos os Santos to the South Atlantic Ocean. Having earned the nickname of the Capital of Joy, the city is famous for mouthwatering street food, exuberant music, and wild Carnaval festivals — all of which have been influenced by Salvador’s well-preserved African heritage. Long-standing forts line the waterfront of neighborhoods like Barra, while the district of Rio Vermelho is the heart of the city’s culinary and nightlife scenes. Salvador’s dynamic culture can be seen throughout its various museums, which celebrate everything from art and history to religion and food.

Playing sports for the beautiful landscapes of Rio is the daily commitment of the people who live there, part of the carioca culture. Travelers will find several modalities throughout the city, making it possible to take care of the body and keep the health up to date while discovering beautiful postcards and immerse their self in Rio de Janeiro lifestyle.

Rio de Janeiro’s heady mix of beaches, jungle, and urban culture has given rise to a wealth of adventure activities. Considered one of the most beautiful postcards in South America, Rio de Janeiro is still the number one tourist destination in the country. With a vibrant and warm atmosphere, the city welcomes tourists all year round and offers a wide range of natural sights, plus cultural and gastronomic attractions.

Surf: A city fringed by a white crest of coastline that extends up the whole east side of the country is naturally going to have water sports in its extensive list of hobbies. One of the most popular beaches for more advanced surfers is Prainha, a small beach that packs in some strong, high waves. For beginners, surf classes are available on the calmer shores of Arpoador and Quebra Mar in Barra da Tijuca.

Hiking: Hiking is one of the best ways to reach some of Rio’s incredible views and to really earn those caipirinhas enjoyed later on in Lapa. Rio is home to some of the best treks in South America, and they vary in difficulty level. The easiest are Morro da Urca and Pedra Bonita, while the more challenging hikes are Pedra da Gavea and Pico da Tijuca because of their length and climbing requirements. There are tours in Rio that offer all-day excursions to these peaks with hotel pickups and the company of a knowledgeable guide.

At GT DMC a 100% Brazilian team of experts is ready to offer you a personalized corporate travel experience in Brazil, one that encompasses quality, agility and security so your team can live unforgettable moments. Click here and contact us right now.