Discover the full experience of the wonderful Bahia, Brazil 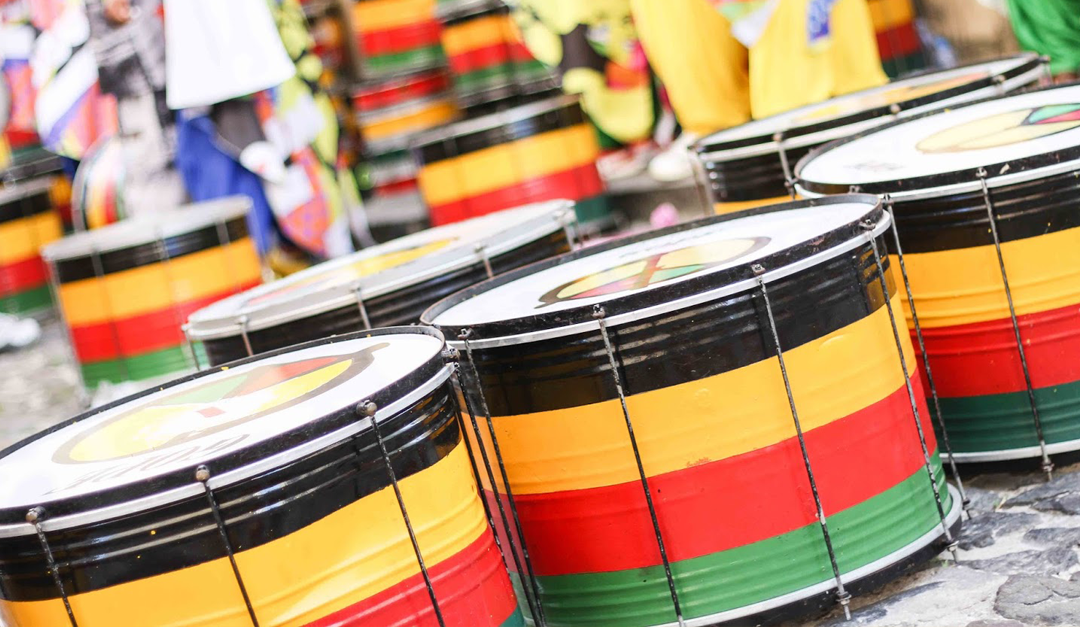 The culture of the Brazilian state of Bahia is one of the most traditional and riches in the country, harboring the roots of many of its main artistic and cultural expressions. Considered a cultural granary and holder of an invaluable historical heritage, Bahia is one of the most revered states by Brazilians and one of the most sought after tourist routes, by Brazilians and travelers from all over the world. Carnival, beautiful beaches, award-winning cuisine and welcoming people are just the beginning of the unique experience of being in Bahia, which, as they say, is more than a state: is a state of mind.

The state of Bahia is the fifth largest in Brazil, with 564,760,427 m2. Within all this grandeur, there is no lack of exuberant landscapes, whether in the extensive stretch of coastline or in the cultural beauties that extend throughout the interior. The state capital, Salvador, is a world-renowned, vibrant and colorful destination, where one of the biggest Carnival celebrations in the country is also held. Naturally, it is the first destination to come to the mind of a traveler thinking about discovering the beauties of this Brazilian state. But Bahia has MUCH more to offer. We list some unmissable reasons to discover it at its best!

Trancoso: sea as far as the eye can see

If you are traveling to Trancoso be sure to experience days of intense fascination and rest in its extensive strips of sand, natural pools and coconut groves as far as the eye can see. Trancoso has several stretches of sand that make tourists intensely happy. And there is a corner for every traveler, from deserted sand to lively beach clubs. What all the beaches in Trancoso have in common is the wonderful sea of Bahia and the natural beauty that surrounds this region of the Brazilian coast.

With scenarios that range from colorful cliffs, transparent sea, natural pools, large coconut groves and long stretches of sand, Trancoso is a perfect destination for beach lovers. It is worth visiting each strip of sand, with long walks and always stunning scenery. When visiting the beaches of Trancoso, do not limit yourself to the ones closest to the Quadrado area, such as Praia dos Coqueiros and Praia dos Nativos. Head to the deserted strips of sand and be sure to visit places such as Praia de Patimirim, Praia de Itaquena  and Barra do Rio dos Frades , whether by foot, by quad bike or on speedboat rides.

Trancoso gained notoriety not only for its beaches, but also for its great New Year’s parties. The truth, however, is that the village does not live only on partying. During most of the year, Trancoso is a peaceful beach destination, surrounded by charming inns, delicious restaurants and shops that are impossible to resist.

Kilometers of colorful cliffs as far as the eye can see, coral reefs, Atlantic Forest vegetation… it was no wonder that the Portuguese were enchanted by the lands they had just discovered while looking for the way to the Indies, transforming the Porto Seguro region, in the south of Bahia, in the cradle of Brazil.

Located 700 km from the capital Salvado, Porto Seguro, one of the main cities in Bahia is a traditional destination among travelers from all over the country. The city known as the place where Brazil was “born” (on April 21, 1500, Pedro Álvares Cabral arrived in Brazil by Porto Seguro), enchants for its beaches, parties, gastronomy, entertainment and for the tours that offer a huge range of possibilities.

Despite being a city in the countryside, the city has an excellent infrastructure of hotels and its own airport, which receives daily flights from the main Brazilian cities and houses districts that offer the most diverse possibilities for tours. Getting to know the Historic Center of Porto Seguro is like taking a trip to the past. The place is listed by Iphan and brings together different points of interest in Cidade Alta and Cidade Baixa, such as Marco do Descobrimento [Discovery Mark], Casa de Câmara e Cadeia [a former prisonal facility where the city’s Museum and Iphan are located], the Nossa Senhora da Penha Church, the Nossa Senhora da Misericórdia Church, and much more.

There is also no lack of good beaches, which offer a huge and versatile range, with stretches of almost deserted sea for those more crowded, with full tourist structure and axé shows. Close to the center of Porto Seguro, Praia de Mundaí has a good structure, with stalls as far as the eye can see. On the other hand, Taperapuã beach, the most famous, has calm and warm waters, with fine sand. Taperapuã also helds the famous “mega-tents” TôaTôa, Axé Moi and Barramares, which offer all the necessary infrastructure to spend the day, with easy access to food and drinks. For those who want to relax in front of the sea, staying in these places is a great option!

Get to know the Bahian flavors!

The food from Bahia is one of the greatest treasures of Brazilian cuisine. Its identity is so strong that Bahian food is considered a solo part within the cuisine of the macro-region in which it is located (Northeast). Mixture of colors and flavors, of African, indigenous and Portuguese influences, transformed the Bahian table into a rustic and refined menu, capable of satisfying different palates.

Palm oil, coconut milk, ginger, pepper… They are some of the most used elements in typical Bahian dishes. Along with the region’s agriculture, typically formed by cultivars of coconut, beans, cassava, cocoa, corn and sugar cane, they help in the creation of unique dishes. The quality of local inputs is greatly favored by the excellent climate in the region, which remains throughout most of the year.

When it comes to seasonings, Bahian cuisine gives a striking show! Powdered cumin, turmeric, chili pepper, powdered coriander and powdered ginger are just some of the examples that we find most in the typical dishes of the state. Mixing them or using them individually is great in dishes like moquecas, vatapá, acarajé, beans, couscous and farofas. The peculiarity of these seasonings is what allows the improvement of prepared dishes. In addition to being great for health, when used in the correct amount, they activate the benefits of other ingredients used in Bahian cuisine recipes, giving meals a unique flavor.

Already eager to create an unforgettable Bahian itinerary, providing all the best that Bahia has to offer? Get in touch with Go Together and provide your team with unforgettable moments organized by those who love and know Brazil in the palm of their hand!